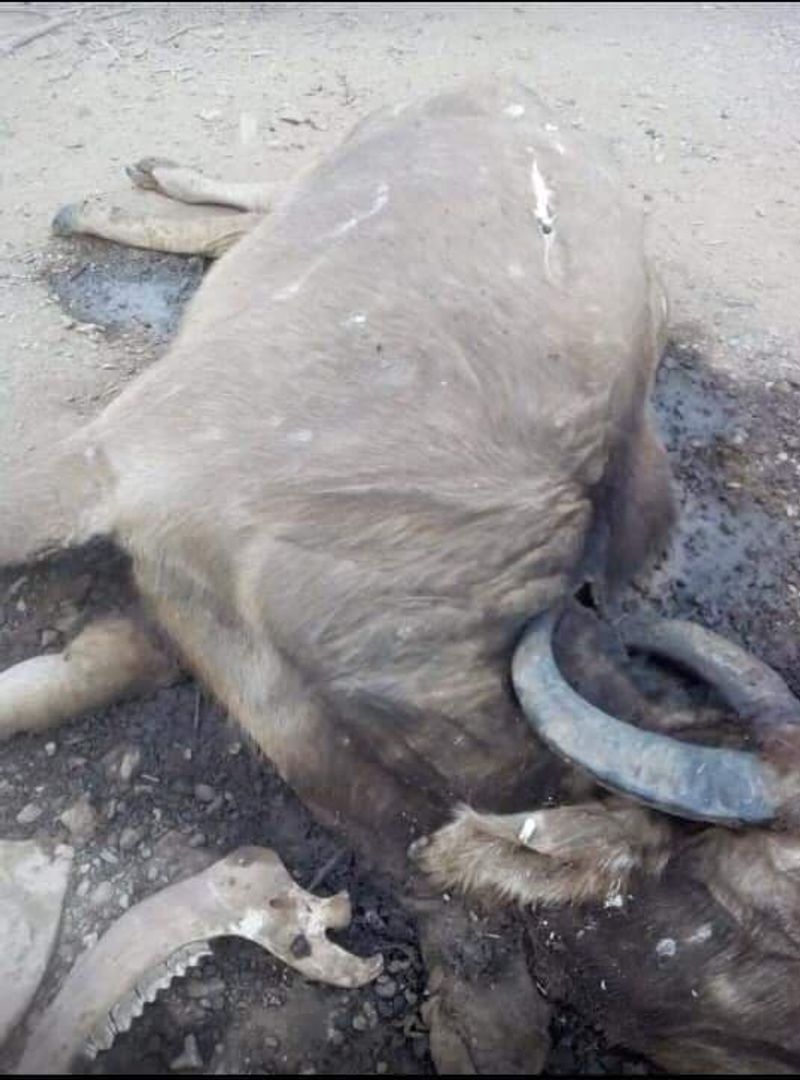 Over 300 buffaloes owned by local farmers in a village tract under Meabon township of Arakan died with unknown diseases. According to the affected farmers, their livestock stared facing deaths in the last two month.

“We do not know the disease but could identify four symptoms among the animals before dying,” said U Shak  Hsu, a local farmer, adding that the buffaloes started trembling and putting out their tongues and meanwhile the throat and abdomen are looked swollen.

The villagers believe that it spread because of deceased buffaloes which are scattered in the locality after those animals died in firings by the  security forces from the helicopters.

Several buffaloes died at Yaw Chaung Wra Thaya village under Meabon township but locals did not have the opportunity to bury those animals. Most of the villagers left their places as incidents of intensified fighting continued between Myanmar Army personnel and Arakan Army members.

U Win Maung from Yaw Chaung Wra Thaya village informed that the buffaloes started dying as the residents fled from their village by 10 November last year. The villagers had no resources to treat the buffaloes and hence the disease spread very fast.

Unpleasant smell covered the area and the villagers now suspect that it would harm other domestic animals as well. Moreover, they are apprehensive about its negative implications on human lives too.

“The concerned veterinary surgeons are yet to visit the villages because of ongoing armed battles. If we cannot prevent spreading of the disease now it would create more troubles for us. The authority should consider addressing the problem very urgently,” the farmer stated.