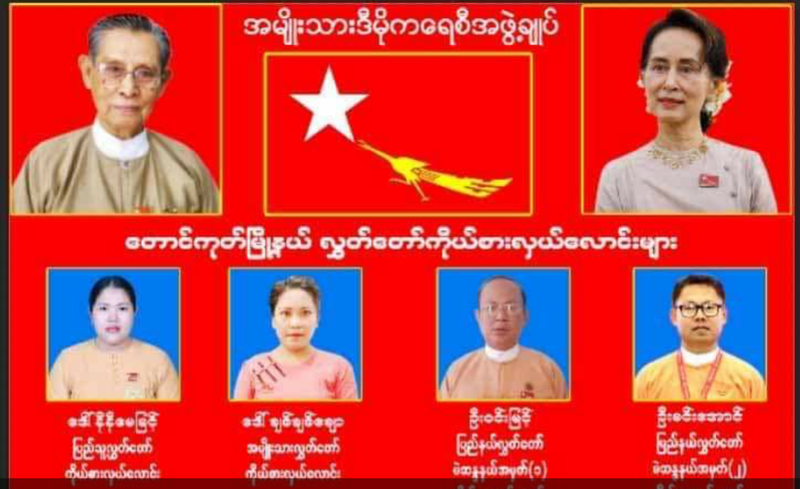 Three NLD (National League for Democracy) candidates including Rakhine State’s former municipal minister U Min Aung and  Pyithu Hluttaw member Daw Ni Ni May Myint from Taungup township, located in the southern part of Rakhine State, were abducted by a group of armed outfit this morning.

U Tin Thein Aung, chairman of NLD in Taungup township, confirmed the news while speaking to Narinjara News.

"They were detained by an armed group from Faungkar village where they were campaigning for the polls. The candidates were  preparing to take their breakfasts, when they were picked up by the group,” said U Tin Thein Aung.

"  It is yet to be disclosed which arm group took them for an unknown location. Locals revealed that the armed group members were wearing uniforms with guns on their hands. We do not know which organization is behind the action."

Meanwhile, a complaint has been lodged in  Taungup police station. "I'm really worried about their future," he added.